The American Society of Biomechanics recognizes excellence in biomechanics annually through a variety of awards and provides opportunities to both student and regular members via competitive grant programs.

These awards honor an individual for their contributions to the field of biomechanics, and are selected from among nominations that are received by the ASB Awards Chair, although there are additional processes associated with the Jim Hay Memorial Award and the nomination of new ASB Fellows. Details about eligibility and the nomination materials required for each individual award are provided below. With the exception of nominations for the Hay Award and election to ASB Fellow status, nomination materials for individual awards should be submitted to ASB Awards Chair and the application deadline for each of these awards is the abstract submission deadline for the annual meeting. 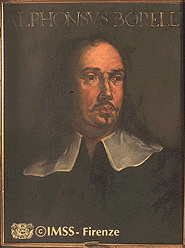 The Borelli Award, the most prestigious honor given by the ASB, recognizes outstanding career accomplishment and is awarded annually to an investigator who has conducted exemplary research in any area of biomechanics. The award is named after Giovanni Alfonso Borelli (1608-1679). Borelli, a mid-17th century Professor of Mathematics from Naples, Italy, is considered to be the father of modern biomechanics. Borelli’s novel contribution, the treatise “On the Movement of Animals” (Translated by Paul Maquet and published by Springer-Verlag), puts forth numerous propositions on the movements and displacements of the limbs of man and animals.

The Borelli Award selection is based on originality, quality and depth of the research and the relevance of this work to the field of biomechanics. The awardee must attend the Annual Meeting of the ASB in order to receive the award and to deliver the Borelli lecture. The award consists of an engraved plaque and a check for $1,500.

The Borelli Award is open to all current ASB members, but excluding current ASB officers and members of the Borelli and Hay Awards Committees.

Candidates may be self-nominated or nominated by others. Candidates should be established scientists whose work incorporates biomechanics in any scientific field

The awardee must attend the Annual Meeting of the ASB in order to receive the award and deliver the Jim Hay Memorial Lecture. The Hay Memorial Lecture should highlight how the study of biomechanical principles in the extraordinary context of sport can inform our understanding and directly impact performance or focus on central questions related to selected physiological systems, e.g., the musculoskeletal system, central nervous system, or cardiovascular system, that inform behavior at the extreme end of human performance. The award consists of an engraved plaque and a check for $1,000.

The Hay Awardee will be invited to submit a paper with commentaries from the other invited speakers participating in the annual Jim Hay Memorial Session. The guidelines for submission of the peer-reviewed paper will be established by the Editor-in-Chief of the Journal of Applied Biomechanics.

The Goel Award, newly created in 2016, recognizes outstanding accomplishments in translational biomechanics research, entrepreneurship, and societal benefit. The award is named after Dr. Vijay Goel, the Borelli Award winner in 2014 and is given annually to an ASB member. The Award was initiated by Dr. Goel’s loving and devoted family.

The Goel Award selection is based on originality, quality and depth of the candidate’s research, and the commercial and societal benefits emanating from this research. This research is expected to have a biomechanical element. The winning candidate will have demonstrated the translational nature of his or her work from basic research to the enhancement of human health and well-being. The awardee must attend the Annual Meeting of the ASB in order to receive the award. The award consists of an engraved plaque and a check for $1,000.

Submission Materials – Emphasizing the translational nature of the work

The Founders’ Award is given to recognize “scientific accomplishment in biomechanics and excellence in mentoring” and is open to investigators of all disciplines within ASB. This is a new award that was presented in 2017 for the first time. The awardee must attend the Annual Meeting of the ASB in order to receive the award. The award consists of an engraved plaque and a check for $1,000.

Dr. Jean Landa Pytel (1947-2018) was one of the founding members of the American Society of Biomechanics (ASB) who actively advocated for women and encouraged others to find their own path in biomechanics and become involved in ASB leadership. Her career-long efforts helped to increase women’s participation in ASB membership, biomechanics research, and leadership to the levels we see today. Jean was a role model for mentorship that encouraged active citizenship in ASB, supported multiple pathways toward research excellence, created opportunities in leadership, and welcomed and valued diversity and inclusion in the society. ASB recognizes that an inclusive and diverse approach to mentorship is necessary for promoting scientific excellence and productive careers in biomechanics. At this time, we seek to recognize the contributions of current ASB members whose mentorship values reflect those of Dr. Pytel’s and contribute to ASB’s Diversity Mission. The Jean Landa Pytel Diversity Mentoring Award recognizes the long-term impact of mentoring on both the careers of individual scientists, including women and individuals from other traditionally under-represented backgrounds in ASB, and the ultimate betterment of our society as a whole.

Nominees should be ASB members who emulate the qualities of Jean Landa Pytel, have made a demonstrable difference in the career paths of their mentees, and, by doing so, have contributed to the advancement of the ASB’s Diversity Mission. Evidence of these qualities include attributes including, but not limited to, the examples below:

Candidates must be nominated by other active members of ASB in good standing who have been mentored by the nominee.

The Jean Landa Pytel Diversity Mentoring Award Committee will be appointed by the Awards Chair and chaired by the ASB Executive Board Diversity Chair.

The first awards committee would play a fundamental role in defining the selection procedures, and may edit and add to the submission materials required for the award. The goal is for the faculty members of the committee to each serve a 3-year term but with rotation off the committee in a sequential fashion as new members rotate on so that processes could be maintained over time.

This award recognizes early achievements by promising scientists prior to the award of their PhD. Selection is based upon the scientific quality of the submitted material. The awardee must attend the annual ASB meeting to present their work in a special awards session. It is expected that the awardee will submit a full-length manuscript for publication in the Journal of Biomechanics. The award consists of an engraved plaque, a check for $500, and a waiver of conference fees for the annual ASB meeting.

This award recognizes early achievements by promising scientists who is within five years of receiving their PhD. Selection is based upon the scientific quality of the submitted material. The awardee must attend the annual ASB meeting to present their work in a special awards session. It is expected that the awardee will submit a full-length manuscript for publication in the Journal of Biomechanics. The award consists of an engraved plaque, a check for $500, and a waiver of conference fees for the annual ASB meeting.

Fellow status is awarded to select members of the ASB to:

1) Recognize exceptional scientific and professional achievement in the field of
biomechanics,

2) Recognize exceptional service to the ASB, and

3) Encourage continued service to the Society in a leadership role.

Fellow Nomination Process Timeline: The Fellow nomination and confirmation process begins after the conclusion of the Annual Meeting and is completed prior to abstract submission for the following year’s Annual Meeting, i.e. November 15th.

Step 1. Prospective Fellows must be nominated by a current ASB Fellow. To be considered for the following year, the nomination letter must be received by the Past-President after the conclusion of the Annual Meeting and before November 15th.

Step 2. Nominee’s basic membership and ASB participation criteria will be verified by the Secretary of the ASB.

Step 3. Nominee’s e-portfolio is generated, including:

-Nominator to the Past President after the Annual Meeting and before November 15th). The
letters should address specifics outlined in the review criteria.

Step 6. Fellow confirmation requires a two-thirds vote of the ASB Executive Board. Confirmation process is completed prior to the abstract submission deadline for Annual Meeting.